SG IMAGINE is an outstanding homebred son of WH JUSTICE. In 2012 he was awarded the highest accolade in the United Kingdom, when crowned British National Champion stallion. Stunning in motion, he was first time seen on the show circuit in 2009, garnering trophies and gathering fans along the way. His dam is one of Georgian Arabians precious World Champion ESSTEEM daughters, SG HESSTA SHAKLANA.

SG IMAGINE is tall and elegant with good limbs, a strongly made body and a smooth top line. He has a beautifully refined head, typically elfin like WH JUSTICE ears and very much IMAGINE'S own stamp, are his extraordnarilly large, soft expressive eyes.

HIS OFFSPRING ARE ALL A MIRROR OF THIS CHARSMATIC SIRE AND OVER THE NEXT FEW MONTHS THERE WILL BE AN EXCITING OPPORTUNITY TO PURCHASE A SELECT FEW. IMAGINE IS PRESENTLY RESIDING AT SCOTT ALLMAN ARABIANS IN THE SOUTH OF FRANCE.

He has a special flamboyant charm and consistently produces athletic horses for performance and he himself has a classical elegance under saddle.

Jullyus JJ is the sire of British National Champion ridden stallion SG Jeddah. Jullyus has immense type and presence and with his exquisite chiseled features, could be related to none other than the incomparable Ali Jamaal.

This stallion is a smooth bodied, well put together stallion. He is a pre-potent sire, who consistently produces offspring, not only the picture of himself but they are beautifully natured every one and all are natural athletes. 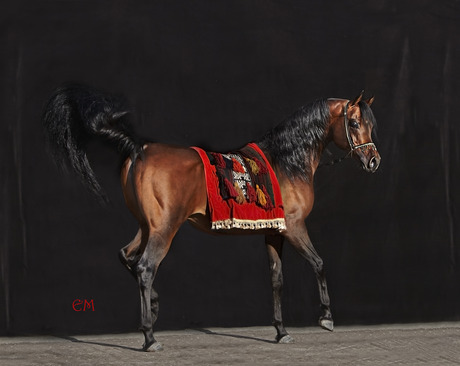 SG Latif is of extreme type. He is the last son of the late Liana El Shaklan, a daughter of legendary El Shaklan. and his sire Straight Egyptian Al Maraam son, KZ Ibreez.

A fairy tale horse. Latif is pure white, he is classically bred, has good limbs, a well structured body and a beautifully smooth top line.

Latif, meaning in Arabic 'the gentle one' is a charmer in personality and all that his name describes.

LATIF IS ON LEASE TO MANDY BURR

Egatist is the son and heir of the famous Aswan son Artist. Known as the King of Georgian Arabians and who sadly in 2012 owner Susan George had to say goodbye. A magnificent stallion and sire with a formidible racing career in his youth.

Egatist's dam was E line Polish mare Egala, out of Egina by Grandorr and all of her exceptional children, have extraordinary strength of body and mind.Recently Egatist's half brother SG Elegant by SG Spirit of Essteem became an Endurance Young Horse World Champion.

This exceptionally well made stallion Egatist has a handsome head and soft expression.He is eye catching and expressive on the move with superb paces covering much ground.

Egatist has a genuine temperement and has always been a joy to know and ride. A true athlete and versitile perfomance horse, he excells in many ridden disciplines.

Credits include - Horse of the Year Show Champion Stallion 2009.

Egatist would be available to lease for breeding 2017 all enquiries welcome..... 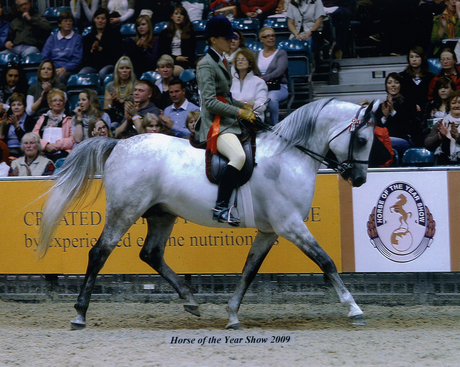